Once you request the services of Trinity Memorial Funeral Home Inc., we will immediately put our experienced funeral professionals to work for you. A single, dedicated individual will stay in contact with you every step of the way and guide you through the decision-making process. He or she will carefully explain your options, make recommendations at your request, take care of all the small details, and ensure that you and your family’s personal touch is always present. 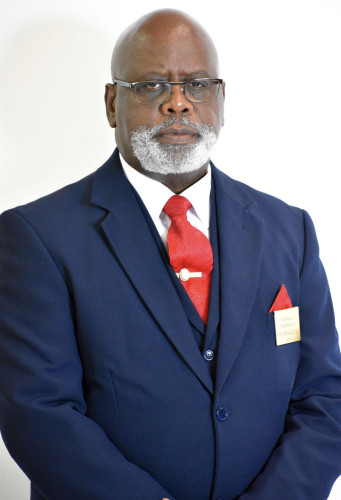 I was reared in LaGrange, NC, by my parents Herman (Foot) and Chole Perry Best. I started in the funeral service at the age of 10, helping my Uncle, Marilyn Richardson at Rouse Funeral Home. My parents always taught me and my siblings to work hard for whatever we wanted, and I always had the desire to be my own boss. So, at a young age, I became an entrepreneur. After cultivating the land for cucumbers, I was able to hire my own staff and make my own money. Afterwards, my brother and I started our lawn and maintenance service. Later on, my brother and I started Best and Best Vault Company, now known as Quality Vault, behind my mom’s house. The labor and the work of trying to perfect the art of making a concrete burial vault were incredibly challenging, but we kept the faith, and the hard work paid off. I now can say that with the help of God in everything that I have done, I am blessed to be able to combine Quality Vault with Trinity Memorial Funeral Home. It brings me great pleasure that we will be able to serve all walks of life. Ensuring that their loved one will be buried with dignity. This is only the beginning of our journey and God had blessed us. We have had some ups and downs, but our will to win, keeps us grounded. 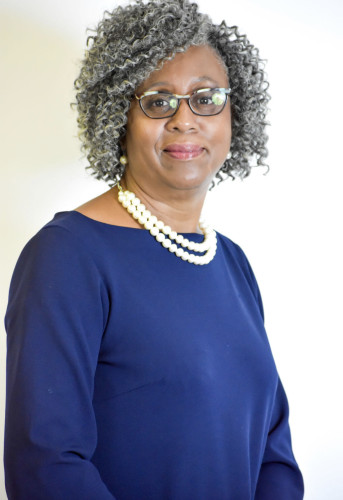 I received my foundation on how to live, through the teachings of my parents Criss and Margaret Morgan Kinsey in Trenton, NC. At a young age, I was taught the value, responsibility, and accountability of work. Not only is it important to remember where you came from, but also to give thanks for where you are now. Previously, I worked at a hospital for 30 years in registration. This experience not only assisted in building my work ethics but also is responsible for my hospitality skills, and my commitment and dedication to my career. I have learned and operate under the belief that everyone should be treated with respect. It was these and other qualities that I developed during my tenure at Fayetteville Technical Community College, from which I graduated in 2018. Further advancement occurred in September of 2019, when I became a licensed funeral director. I truly thank God for his wisdom and my husband for his support throughout this journey. 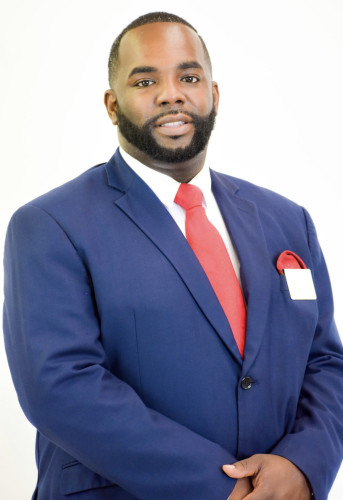 I consider myself blessed to have been born and raised in Craven County, North Carolina to Willie Kilpatrick, and Inell Tucker Smith but I  also give credit to my Grandparents Robert and Vivian Dunk who were instrumental in raising me.
In April of 1997, I was 8 years old and my great paternal grandmother died. I remember like it was just yesterday. On the day of the funeral, many things were going in the house. I was standing in the front yard in my suit waiting for the funeral home to arrive. Two pearly-white 93 Cadillac Fleetwood Limousines pulled up in the front yard. Reflecting on it now, those vehicles and what that represented were the catalyst that changed my perception on life and death.
A local funeral director -that I will not mention- then stepped out of the lead van/wagon and took complete control of everything. That kind of control and care for your assignment always amazes me. During the home going celebration, I slept and upon waking I asked my late Aunt Lenora, “What happened to the casket?” It had been placed in the vestibule of the church for the final viewing. Those memories and other fond remembrances of serving others during their time of bereavement captures my experiences of wanting to be in the funeral business. Participating in the funeral home’s collecting of my grandmother’s burial money, viewing a deceased person’s remains, and searching for the daily obituaries in the newspaper at this point of my life.....I knew my calling.
At the age of 16 after searching for a job in the funeral industry I remember nobody would hire me. Being from Craven County raised in Dover most of the family went to a funeral home in Kinston, (No Luck) my grandmother being a native of  Cove City most family members went to a funeral home in New Bern (No Luck). However, God had a plan. I was accepted to work at Oscars Mortuary, Inc. under the leadership of Dove Family. It was under their tutelage that I learned the professionalism and servitude of Funeral Service: from dressing in the appropriate attire, to providing funeral services of excellence and most of all to treat everyone that you serve, the way you would want to be treated.
Encouraging words like “Through many dangers Toils and snares I have already come 'Twas grace hath brought me safe thus far and grace will lead me home” kept me pursing my purpose even though I experienced many let downs and sleepless nights. Consequently, due to my faith and persistence, in  April of 2015, The Lord gave me the desires of my heart and that was to have ownership in a funeral home. Through divine connection with Mr. Herman and Mrs. Joyce Best, together we founded the Trinity Memorial Funeral Home Inc. God has truly blessed and I continue to live on the premises (The Best is Yet to Come). In 2021 I have set a personal goal to further my education in the funeral service education program at Fayetteville Tech Community College. I continue to stand on Jeremiah 29:11 “For I know the plans I have for you,” declares the LORD, “plans to prosper you and not to harm you, plans to give you hope and a future.”

Pre-Plan
Pre-Arrangements Form
Have The Talk of a Lifetime

A year of daily grief support

Our support in your time of need does not end after the funeral services.  Enter your email below to receive a grief support message from us each day for a year.  You can unsubscribe at any time.